The Virgo individuals (August 23rd – September 22nd) tend to be critical and conservative about their life. Hence, they mostly find it critical to read the Virgo Horoscope on a regular basis. Though the year of 2014 passed, a glance at Virgo 2014 Horoscope turns to be highly critical. Let’s explore what Horoscope has predicted about the Virgo-born!

Virgo Horoscope for 2014 in General 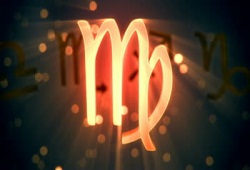 For the majority of the year, the Virgo-born was predicted to balance their personal obligation with the professional responsibilities. Please note that the balance might fairly shift towards the professional side! But the value of family was still preferable, and your family did not forget you. There may be some cases that you felt distressed because of the single truth that your hard work would not receive the wishful rewards and recognition.

During the year, the Virgo men/women should be patient to wait for the expected results from their hard work. About the monetary issues, the first half of 2014 would be full of luck as the stars were in your favor. If the Virgins agreed to save some earnings for the emergency situations, their second half of year would be safe and secure. Some obstacles might appear and lie on your way to career success and happiness. But the forethought about the life roadblocks enabled you to avoid some of them successfully.

Virgo 2014 Horoscope for Love and Marriage

The auspicious time for the Virgo-born was the first half of the year 2014. Most of the romance-related matters and marriage issues would be much favorable in the period of July. After the month of July, the unexpected troubles or something else like that would prevent you from saying yes or getting committed in the long-term bond.

The single Virgo could expect to meet their special mates in 2014. And if they truly met someone that they feel interested in, don’t be reluctant to grasp the opportunities and show the affection to them. The time was right, and if the single Virgo missed the chances, there would be no another one for them in a long period. However, if the Virgo men/women still felt confused and cloudy in the love crossroad, a talk with the spiritualist or advisor could be much beneficial.

My name is Tran Hoai Thu, as redactor in chief,
I welcome you all to our website VirgoCharacteristics.net...Read More